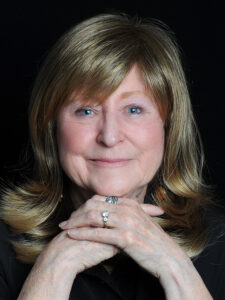 An award-winning author, Ms. Matthews began her career by working in academia and business as a public-school teacher and federal government worker. An expert in her field she holds a Bachelor of Science in English and Education from Virginia Commonwealth University. In 1988 she experienced a life-changing event by being poisoned. No longer able to work, Ms. Matthews changed career paths and took to the written word with her first book aimed at preventing and reducing poisonings.

After the success of her first writings, Ms. Matthews moved to Alaska to retire and took a class at Mat-Su College on Alaskan History. It was here that her love of history and the first Americas developed.

After researching for five years Ms. Matthews wrote her first work of fiction in the Winds of Change Series, a five-volume novel series, based on historical archaeological discoveries. She followed this with a three-volume novella series focused on specific archaeological sites.

As both an author and the founder of BooksbyBonnye, she went on to create works of fiction and non-fiction and over the course of her writing career her prehistoric novels and novellas became award winning at both state and national levels. Her achievements include five first place awards in the fiction category and a second place award from the Alaska Professional Communicators, as well as two first place, two second place and an honorable mention accolade from the National Federation of Press Women.

Ms. Matthews’ latest book, Arctic Dinosaurs of Alaska was out in Summer 2022. Another work of prehistoric fiction, Ms. Matthews’ delves into the mind of a young pachyrhinosaurus as she experiences her first sunless winter in Alaska. The middle grade fiction nests in nonfiction and activities.

Looking ahead, Ms. Matthews’ study on the prehistoric age in the Americas remains ongoing, providing ample inspiration for new stories in the future.

Throughout her many accomplishments and achievements over the years, Ms. Matthews has remained steadfast in her faith and attributes all of her successes to the Lord and his guidance. She is currently working on her latest literary masterpiece, Sanctuary: In His Pocket.